Where am I living?

When the question of landscape is raised, the first images that come to mind are often related to panoramas of a bucolic nature, with trees, hills, lakes… Do these images correspond to the landscapes we go through in our daily lives?

Bringing together Robert Flaherty’s film Man of Aran and Raymond Depardon’s photography Criel-plage, Seine-Maritime, France, 2009 allows us to question the representations of landscape that we carry within us.

Mysterious poem, this little text by the Portuguese poet. Isn’t it enough to open our eyes to perceive the environment around us? Of course we can believe it, but when we look at past works, we are very surprised to see that landscape is something that appears very late in the history of art. Certainly for a long time there have been flowers, leaves and sometimes trees, it is as though it had taken artists several centuries of drawing, of engraving and painting to really succeed in seeing what was really there, right in front of their eyes: urban or rural landscape, unspoiled nature, the world that simply surrounds us, whatever its nature.

Art in Europe has for a very long time been deeply linked to religion. Works were created to celebrate God and the world beyond. It was from the 14th century onwards and the widespread use of perspective that works of art became attached to this place and gradually welcomed the world and its landscapes into their midst. Initially idealized and designed to serve as a backdrop for religious or mythological scenes, landscapes gradually acquired their autonomy until they became a subject in their own right.
Until the 19th century, landscapes were painted in the retreat of the studios, relying on sketches and the memory of the artists. But with the invention of the train and tube painting, painters could finally paint from nature, within the very landscapes they wished to represent. This is the Impressionist revolution. 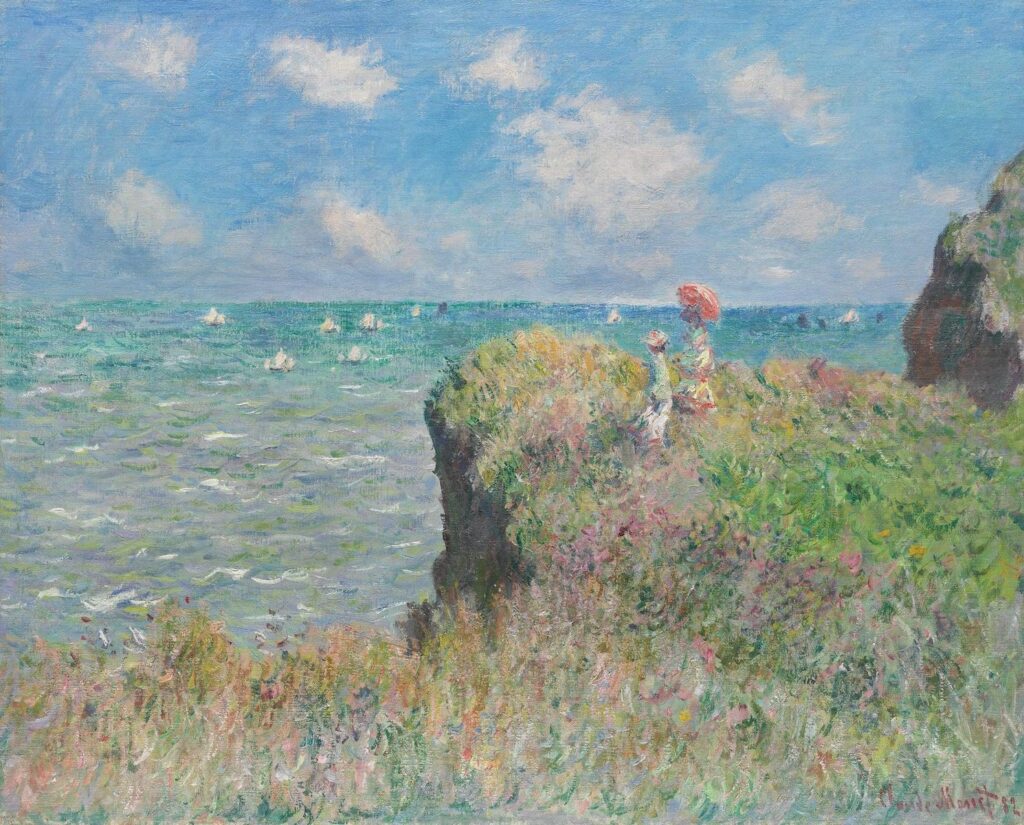 But just because painters are now faced with landscapes, doesn’t mean that they paint them as they are. Every look carries within it a point of view, a mood, an emotion, an intention. Every gaze is a construction. Facing the same landscape, ten painters would paint ten different pictures. If the world is something we share, it is not the same for the look we have on it, which is absolutely personal to us, and therefore, singular. Looking at a work of art is never just seeing what is represented – its subject – but discovering the artist’s gaze. 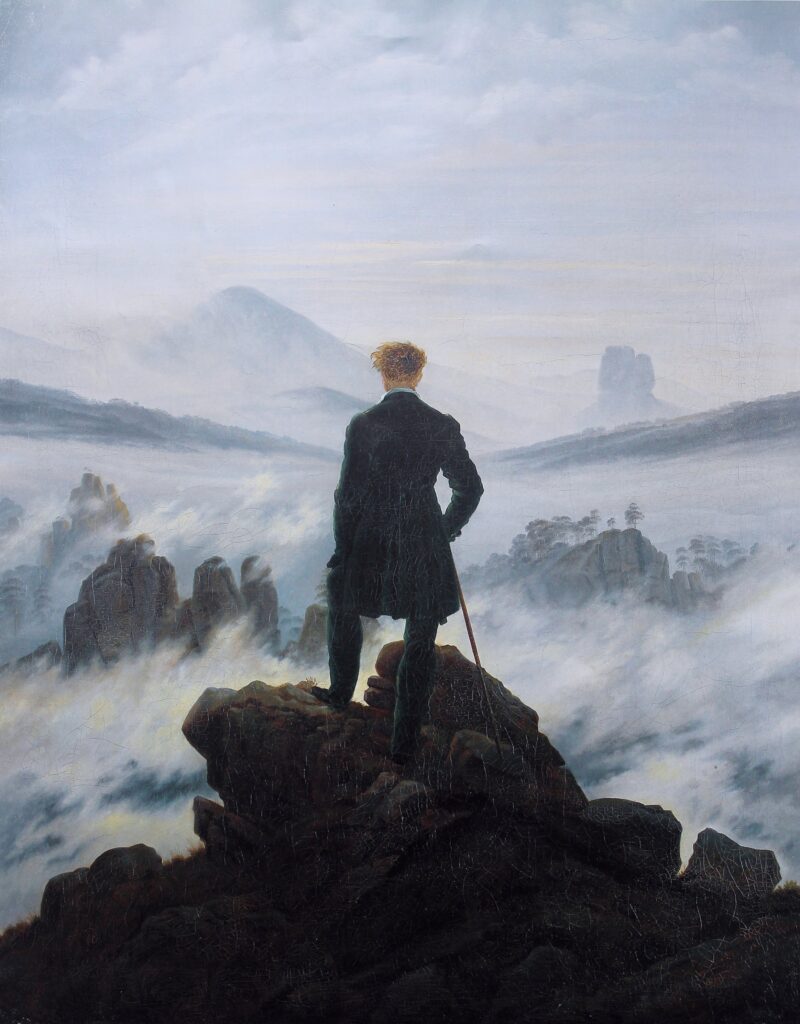 Wanderer above the Sea of Fog – Caspar David Friedrich (1818)

And this is perhaps what Fernando Pessoa was trying to express. To really see the essence of what is in front of us, the essence of the river, of the tree, of the grass, we would have to leave our moods, our feelings, our ideas, to simply welcome what comes. But is this possible?
We believed so with the arrival of photography and cinema. With those camera eyes of machines mechanically reproducing what was presented to them. And yet, in photography, in cinema, as in painting, the man behind the machine carries a look, ideas, points of view. Man contaminates the images of the world with his singularity. Documentary cinema, which we like to think of as the recording of reality, the truth of a subject, carries within it as much fiction as a western. To look at the world is to transform it.

Depending on the period, the country and the techniques used, artists have worked on the question of landscape from very different perspectives: landscape as a mirror of the soul for the romantics; wild landscape to be conquered and civilized in westerns; mythical landscape, reflection of a lost paradise; urban landscape to understand our ways of living in cities; post-apocalyptic landscape of science fiction; landscape in danger, to be respected, to be protected in works dealing with the current ecological crisis… The representation of landscape carries within it innumerable questions, but they all refer to a fundamental question, the link that unites us to our environment and to our way of living in the world.