Can reality be magic?

Reality and the magical dimension

Can reality be magic? And if so, how? There are many ways to answer this question. Probably as many ways as there are to understand the words “reality” and “magic”. In the field of art, one possible answer is that provided by what is known as magic realism.

Can reality be magic?

Can reality be magic? And if so, how? There are many ways to answer that question. Probably as many as there are ways to understand the words “reality” and “magic“. In the field of art, one of the possible answers is the one provided by what is called magical realism. 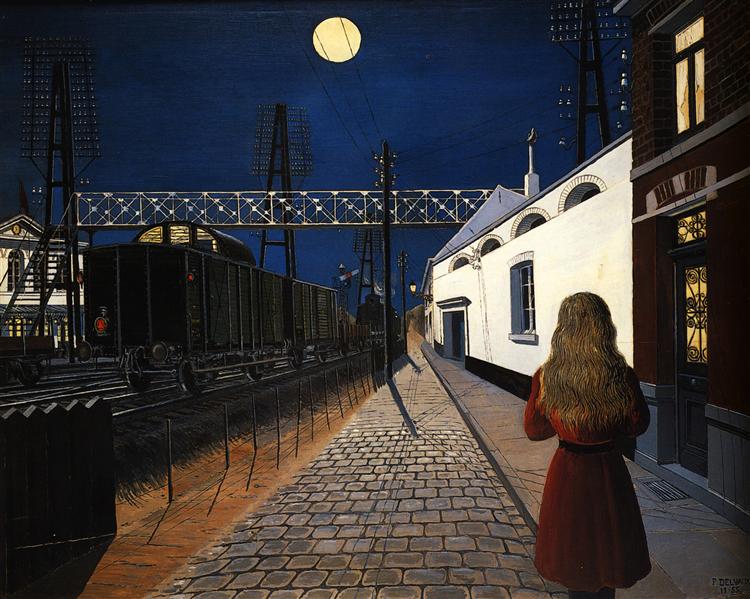 This expression was first used in the 1920s by German art critic Franz Roh. He used the term to refer to certain paintings he saw in an exhibition in Mannheim, a city in southwestern Germany. Among the painters he mentions are artists who will leave their mark on 20th century art, such as Joan Miró (Spain), Otto Dix (Germany) or Giorgio de Chirico (Italy) who will be discussed in this dossier. For Franz Roh, what brings these painters together, despite their great differences, is a questioning of so-called objective reality. A questioning that will not be limited to pictorial art but will also pass through other modes of expression such as literature and, later on, cinema.

Unlike the great artistic movements of the early 20th century – such as surrealism, dadaism, futurism… – magical realism is not a structured movement with leaders, a programme, a manifesto. This is probably what makes it sometimes difficult to grasp. To put it simply, the works generally associated with magical realism question the world, trying to create another relationship with reality. The “magic” of magical realism is also a familiar kind of magic. It is certainly strange, unusual, but it is always possible. If this were not the case, it would give way to “the dread of (…) madness”Le réalisme magique, in 'Cahiers des Avant-gardes', Éditions l'Âge d'Homme, Paris, 1987, p. 247.. In other words, we are dealing here with a magic, a strangeness that “is hidden in things, people, light or shadow, or the relationships that all these elements maintain between them, or those created by our own vision”.Ibidem.

Magical realism has had a great impact in literature. To give one example, the novel One Hundred Years of Solitude (1967) by Colombian writer Gabriel García Márquez is considered one of the most important texts of this movement. It tells the story of the imaginary village of Macondo over several generations, through a series of extraordinary events (children born with pig tails, dead people coming back to life…) but in an everyday environment. The book illustrates this familiarity of the strange, the impossible that becomes probable. Apart from Latin America, there are also authors in Europe frequently associated with magical realism such as Marcel Aymé (France), Johan Daisne (Belgium) or Dino Buzzati (Italy), to name just a few.

Finally, as we have already mentioned, magical realism is also present in the cinema. In Belgium, most of the films by director André Delvaux (1926 – 2002) are based on magical realism. His first two feature films – L’Homme au crane rasé (1965) and Un soir, un train (1968) – were adaptations of the novels of his compatriot Johan Daisne. Somewhat neglected today, André Delvaux is one of the first Belgian filmmakers to gain international recognition.

As we have seen, magical realism refers to a wide variety of authors and modes of expression. The aim of this dossier is not to give an academic definition of magical realism but more simply to see, to explore, through a few examples such as the film Toto le héros (1991) by Jaco Van Dormael and the painting Mystery and Melancholy of a Street (1914) by Giorgio de Chirico how reality and magic can meet and interact within the same piece of art, whether cinematographic or pictorial.